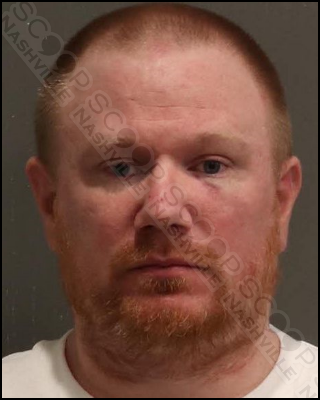 Metro Nashville Police say 33-year-old Michael Savela was drunk and shirtless in downtown Nashville Saturday night near 3rd & Demonbreun when they found him after 4 separate individuals called 911 to report he was attempting to fight them and other citizens without any reason. His girlfriend, 35-year-old Amanda Lee, was also intoxicated and demanded to be taken to booking with Michael if he was being arrested, so she could wait for him to be released. In the end, she would get her wish, as she also became so unruly and uncooperative that she became a charge partner, and was arrested for public intoxication.

Michael Savela was booked into the Metro Nashville Jail on April 2nd, charged with public intoxication. A commissioner set his bond at $100.

Amanda Lynn Lee was booked into the Metro Nashville Jail on April 2nd, charged with public intoxication. A commissioner set her bond at $100.