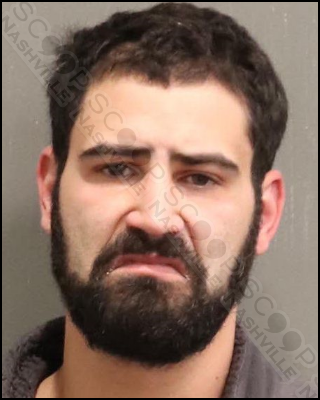 Erika Leighton says her boyfriend, 31-year-old William Fetzko, pushed in the door to her bedroom during an argument, upset about a camera not being charged. He reportedly pinned her to the floor in the hallway, assaulted her, and left her room in a state of disarray. Police documented “significant damage” to the home and the victim’s bloody injury. She also injured Fetzko in self-defense. Fetzko was charged with domestic assault and officers say he was intoxicated during their interaction.

William Fetzko was booked into the Metro Nashville Jail on April 3rd, charged with domestic assault with bodily injury. A commissioner set his bond at $1,000. He posted bond via 1st stop bonding and was released to his 524 Grove Creek Ave address in Nashville.