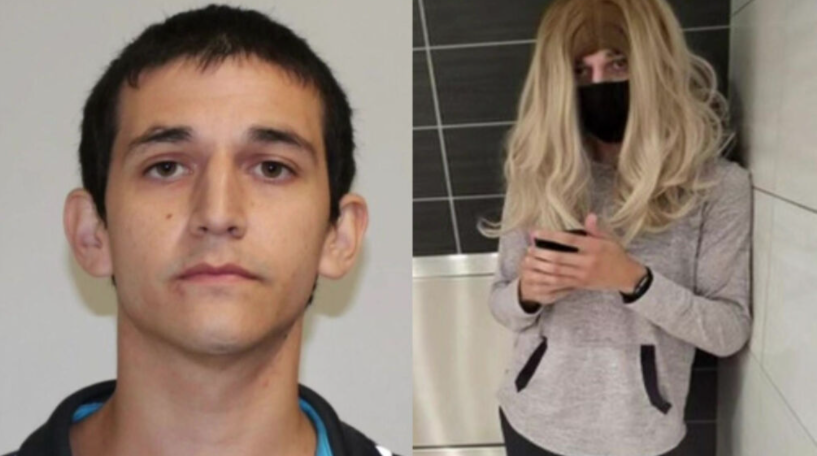 Jacob M. Guerrero of Woonsocket, an Amazon delivery driver, dressed up in a blonde or red-haired wig and woman’s dress and wore a pen camera attached to the laces of his sneakers to take videos in a bathroom.

He entered stalls next to 12 victims and took videos without their knowledge. Of the 12, five girls were under age 18 and some were estimated to be as young as 8, Police Chief Bill McGrath said.

Norfolk police charged Guerrero with photographing intimate parts of a child and exhibiting a child in the nude.

The investigation revealed Guerrero, who has no prior criminal record, visited the mall almost a dozen times between July 11 and Aug. 24, usually after work driving an Amazon delivery truck, according to police.

His alleged clandestine activity went unnoticed until the mother of a girl at the mall became suspicious during one of the alleged incidents on Aug. 24 and called police. The woman took a photo of Guerrero when she noticed he was hanging around a hallway before following a group of young girls inside the bathroom.

McGrath credited the woman with helping police identify the suspect.

In this article:Featured, media, news, videos