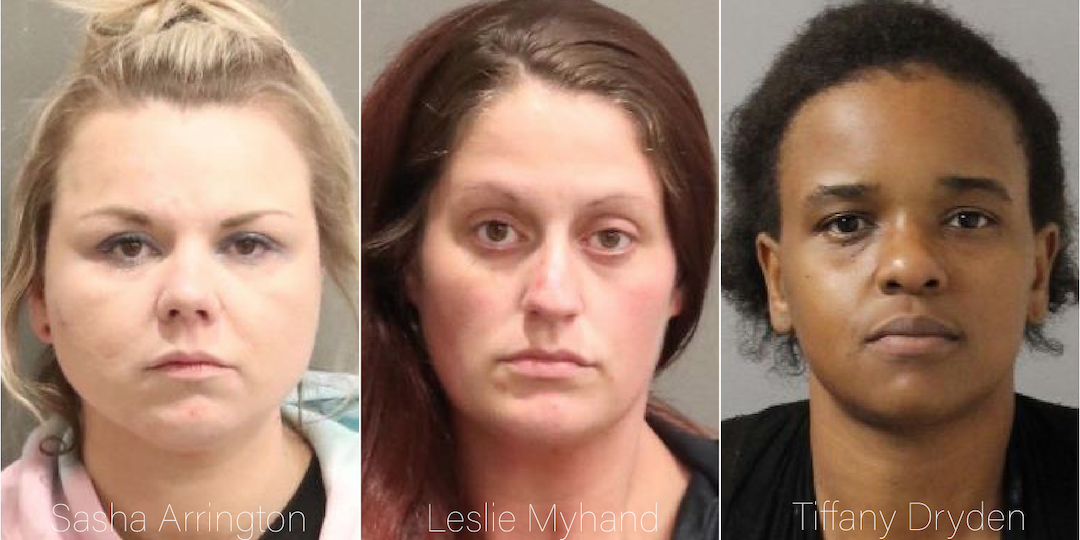 Four suspects reportedly assaulted an employee at the gas station.

The victim told investigators that the suspect’s (32-year-old Leslie Myhand) card was denied multiple times before she ultimately left with the items she attempted to purchase from the gas station.

Myhand, 33-year-old Sasha Arrington and the man seen in surveillance photos from the gas station were observed getting into the vehicle.

All three were taken into custody.

The unidentified man was questioned and released.

Myhand is now was charged with theft of merchandise.

Arrington was charged with theft of a firearm after she came up behind the victim and took her weapon during the assault.

Metro Police said that 35-year-old Tiffany Dryden has been identified as the suspect that pushed the employee to the ground and began smacking her head to the floor.

She now has active warrants for assault and theft of merchandise.

Please call the Crime Stoppers at 615-742-7463 if you have any information about this individual.