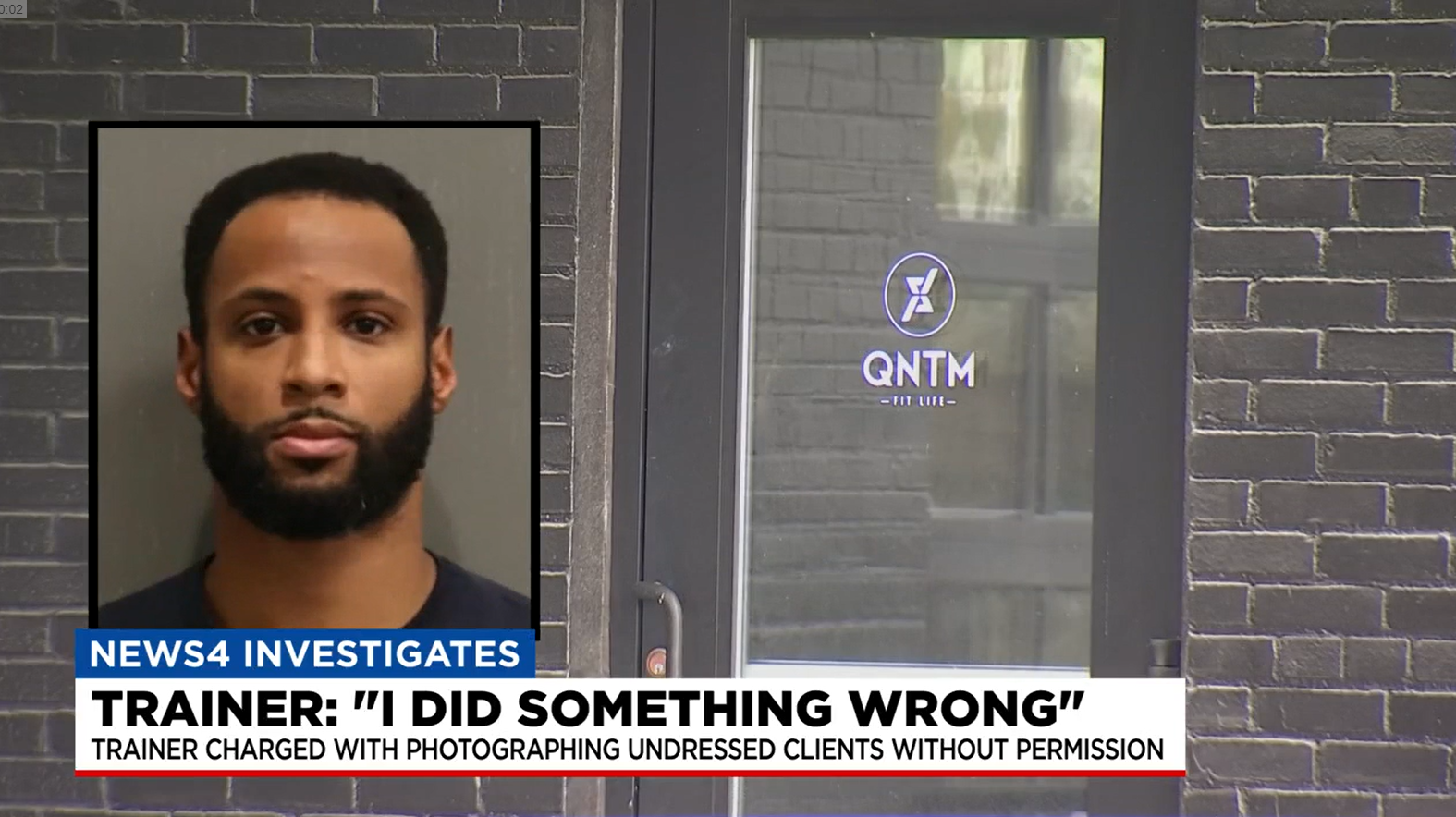 The Nashville trainer facing 44 criminal counts for photographing women while undressed at the gym or stealing intimate photos from their phones tells News4 Investigates that he did “something wrong.”

Nikko Glasper, 29, faces charges of unlawful photography and computer act theft charges. Glasper was voted the city’s best trainer in two publications in 2020 and worked as a manager at QNTM Fitness in downtown Nashville.

Nikke Ryner, one of Glasper’s former clients, told News4 Investigates that he suggested to her that she undress behind a curtain to get on a body composition scanner. Several weeks later, Ryner said she received a call from a metro police detective.

“He informed me that there was an image taken of me under that curtain.

The only person in that room with me was Nikko. I immediately knew it was him,” Ryner said.

“Shocked and very angry. And then really sad,” Glasper said. “It was about control. It was about  being sneaky.”

“These are awful crimes that you’re accused of. Did you do this?” asked News4 Investigates.

“The statement I make is I made terrible decisions. And I stand to know that I did something wrong. But I also would like for everyone to know the character/person that I am – and to say that these crimes – as they were done – are terrible things, but I am not a terrible human.”

Glasper said he wouldn’t say anything else until he talks to his lawyer.

News4 Investigates asked Ryner what she would say now to her former trainer.

“You’re a creep. I mean – what were you doing? What happened to you that would make you feel like you would needed to do that?” Ryner said.

News4 Investigates asked QNTM for an interview to inquire about what steps the gym takes to protect customers.

A spokeswoman for QNTM denied our request but issued a statement reading,

“Because there is an ongoing legal investigation, QNTM Fit Life is unfortunately unable to discuss specifics about the recent arrest of a past employee. We would like to assure the entire Nashville community that there is absolutely no place in the QNTM Fit Life community for the actions that resulted in this person’s arrest. Protecting the health and safety of our clients and team members is our number one priority at all times, and anything that takes away from that mission will not be tolerated in the QNTM Fit Life community. Anything less is unacceptable.”