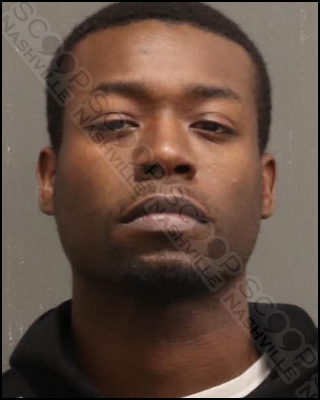 29-year-old Torriano Fields told police “Yes, I smacked her, I was upset with her” when they responded to a domestic disturbance call on in Antioch on March 15th. Hi girlfriend, Angela Hill, called 911 to report the assault and stated the pair had been arguing all day long. Fields is charged with domestic assault.

Torriano H. Fields was booked into the Metro Nashville Jail on March 16th, charged with domestic assault. He is free on a $1,000 bond to his 1621 Bell Road address in Antioch.