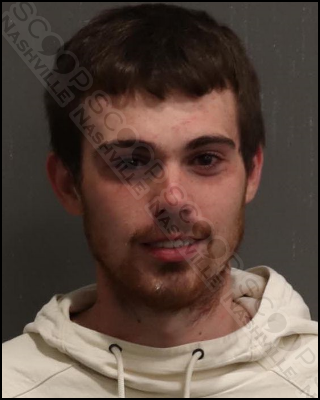 21-year-old Spencer Shane Smith was charged with public intoxication in the early hours of Saturday morning after police found him attempting to fight other citizens in downtown Nashville at 4th & Broadway. Police say that he was unable to care for himself and “screamed the entire time and flailed about” in the back of the patrol car while en route to booking.

Spencer Shane Smith was booked into the Metro Nashville Jail on April 2nd, charged with public intoxication. A commissioner set his bond at $100.