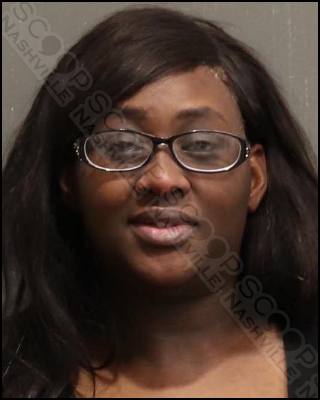 Police responded to the Comfort Suites at Rivergate Mall on March 27th in reference to a fight in progress. Upon arrival, many people were walking around outside, yelling at each other. The entire group was related to one another, and reportedly were playing a card game when 27-year-old Shakayla Edwards accused her husband, Jerry Edwards, of cheating during the game. He says she did strike him in the face multiple times during the assault. Family members confirmed she had been drinking heavily prior to the assault.

Shakayla Edwards was booked into the Metro Nashville Jail on March 27th, charged with domestic assault. A commissioner set her bond at $1,000. She posted bond and was released to her 409 S. 18th Street address in Nashville.