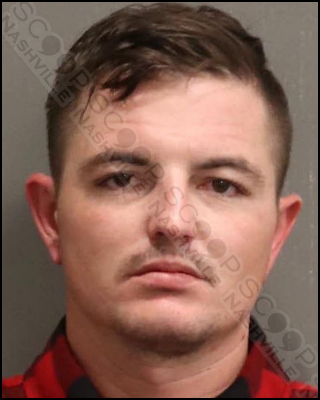 Officers working the downtown Entertainment District Initiative (EDI) found 29-year-old Ryan Robert Goree, from Nevada, in a fight near Broadway & 3rd Ave just before 2 a.m. where he and another individual had ripped off their shirts and began punching each other with closed fists and wrestling in the middle of the street. Goree was charged with public intoxication and disorderly conduct.

Ryan Robert Goree was booked into the Metro Nashville Jail on April 16th, charged with disorderly conduct and public intoxication. He is free on a $700 cash bond to his 375 Conestoga Way address in Henderson, NV.