Restaurant worker, who received a candy, cup and some pens for his nearly 3 decades hard work at the company, said he's been crying for 3 days after receiving thousands of dollars from people who think he 'deserved much more'
Advertisement 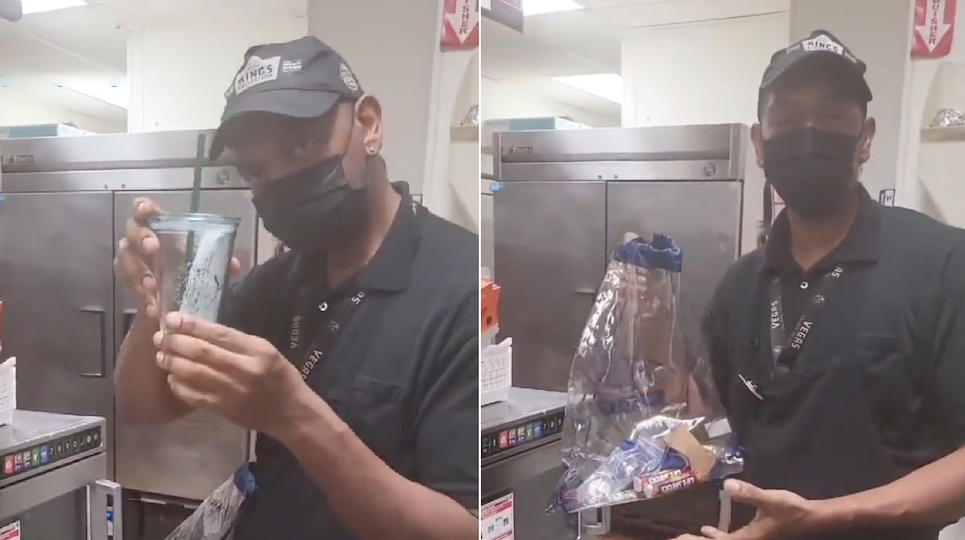 Restaurant worker, who forked at the fast food restaurant as a cook and cashier for nearly 3 decades without missing a day, received nearly $150,000 (at the time of writing) from people in recognition of his dedicated service at the restaurant. The 60-year-old man, who reportedly started working at the fast food restaurant as a single father to gain custody of his first two children, said he plans to use the money to pay for his grandchildren to go to college. “The generosity of these people is just overwhelming. I’ve been crying for three days now. I can’t believe it. I really can’t.” the restaurant employee reportedly said.

On June 19, video shared on multiple social media platforms, showed 60-year-old Burger King employee from NV, Kevin Ford, being gifted a movie ticket, a bag of candy, a coffee tumbler, lanyard and some pens as a thank you gift, The Daily Mail reports. But, people who watched the video said that the hardworking restaurant worker deserved much more.

Kevin, who reportedly worked as a cook and cashier at the fast food restaurant for 27 years without missing a day, has thanked people for their generosity and said that the money will help pay for his grandchildren to go to college. He reportedly told NewsNationNow: “I was grateful for anything. There’s people I have worked with for 20 or 30 years and they didn’t get anything. I am happy with anything. I am grateful and happy. I am just thankful that I got that. There are people working hard and they didn’t get anything. The generosity of these people is just overwhelming. I’ve been crying for three days now. I can’t believe it. I really can’t.”

Ford’s daughter launched a GoFundMe Page, in which she explained how as his family grew over the years he stayed at his job and continued to work here because of the amazing health insurance. “My dad continues to work here, because though he does look young, he is coming up on retirement age and leaving would cost him his retirement. In no way are we asking for money or is he expecting any money but if anyone feels like blessing him he would love to visit his grandchildren.” Ford’s daughter reportedly wrote.

The 60-year-old restaurant worker claims that he never missed a shift in his 27 years of work. “Maybe I’m a robot? I just never thought about taking a day off. I just try to work as hard as I can, whatever I do.” he reportedly said. Ford reportedly took the job 27 years ago as a single father after he was granted full custody of his two eldest daughters. The hardworking man continued to work at the company to provide health care for all four of his daughters throughout school.

According to Business Insider, Burger King released the following statement: “The Burger King brand and its many franchisees nationwide are committed to recognizing and celebrating the achievements of the thousands of people serving across a wide range of roles — all dedicated to providing our Guests a world-class experience.”

The fast food chain reportedly told PEOPLE that the gift in the video was a reward in recognition of a short-term positive performance. Many social media users were surprised that the company didn’t do more for him. “This is all y’all could do for this man?” one user said. “Man’s couldn’t even get a whole pack of pens. they opened it and gave him 2.” another user wrote.  Others suggested he deserved an entire franchise or an all expense paid trip.