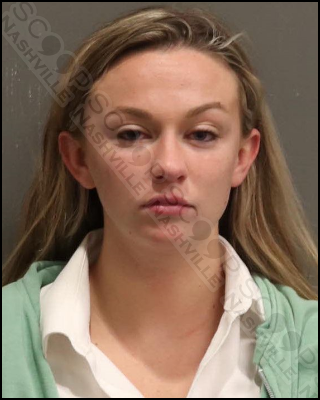 21-year-old Phoebe Tillemans was booked into jailed overnight, and charged with DUI after police say she was intoxicated and crashed her vehicle on I-65 North, and admitted to drinking prior to driving. When asked about the details of the crash, she began telling a story about how she was out with friends but none of the times she recounted it did she ever get close to the car crash part of the story. She also admitted to taking Vyvanse. Tillemans performed poorly on field sobriety tests and refused further testing after admitting to having “3 or 4” drinks of wine.

Phoebe Tillemans was booked into the Metro Nashville Jail on April 19th, and a commissioner set her bond at $2,000. She was given pre-trial release to her Sumner county address.