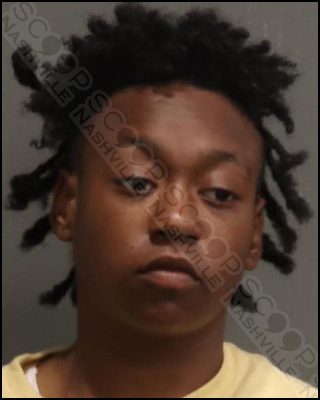 Torrion Collier says his 21-year-old estranged sister, Nykeira Collier, came to his residence late at night and knocked on the door. As he opened it and realized who it was, he attempted to close the door, however, she placed her foot in the doorway. She then pushed through the door while holding an umbrella, using it in a striking motion as she entered. She ran into his bedroom, stating she needed to sell his iPad because she needed money. She is charged with aggravated burglary.

Nykeria D. Collier was booked into the Metro Nashville Jail on April 23rd, and charged with aggravated burglary. A commissioner set her bond at $2,000.