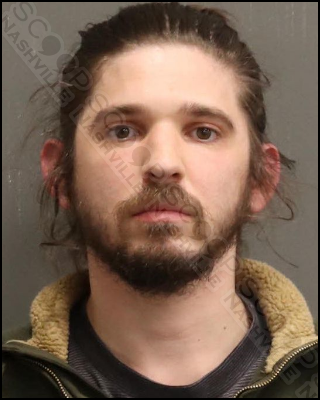 Trooper Justin Johnson says he observed 27-year-old Neil Maclean driving erratically, crossing over lines, and nearly striking a concrete dividing barrier. During a traffic stop on the vehicle, Maclean was reportedly intoxicated and smelled of alcohol. He performed poorly on field sobriety tests and was charged with DUI.

Neil Braden Maclean was booked into the Metro Nashville Jail on April 1st, charged with driving under the influence (DUI). A commissioner set his bond at $3,500 and he was given pre-trial release to his 1303 Ashwood Ave address in Nashville.