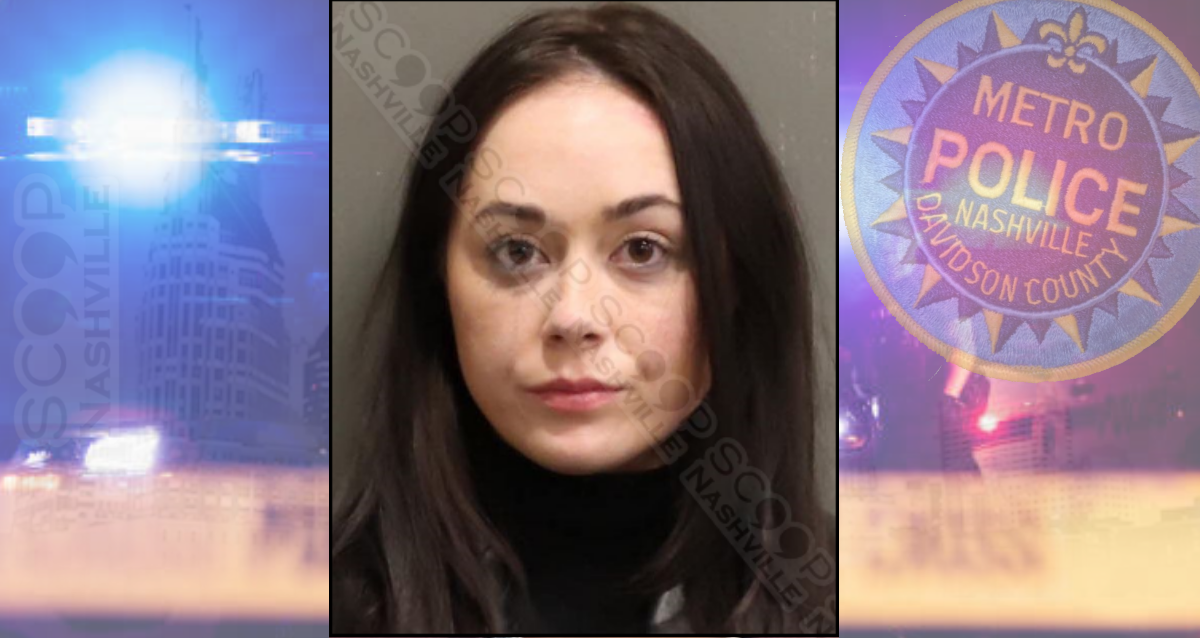 24-year-old Catherine Sowell, who wants you to know she is a registered nurse, was booked into the Metro Nashville Jail Saturday evening, despite her best efforts to use career choice and actual hugs to avoid the repercussions of her actions.

Officers responded to a crash at the I-440W & I-40 split, where a witness reported a red Buick, driven by Sowell, crash into a tractor-trailer as she attempted to merge into the right lane, then flip around and hit the roadside barrier. Officers noticed she smelled of alcohol, and she stated she was coming from a restaurant where she had a single drink at 11 a.m., several hours ago. A few minutes later she would claim she was coming from an entirely different restaurant when asked. She would eventually state she had “three drinks” shortly before the crash.

Throughout the interaction, MNPD Officer Lucas Thomas says RN Catherine Sowell continued to plead to not be charged with a crime because she was “saving lives as a nurse” and she could lose that job if she were to be arrested for her own DUI crash. He explained to her that she could be the one harming someone by drinking and driving — to which she stated “I hope you don’t have any family in the medical field” and “I would feel more remorseful if he was hurt but I literally hugged the other driver”.

Catherine Taylor Sowell was booked into the Metro Nashville Jail after a blood draw at Metro General, charged with driving under the influence (DUI). A commissioner set her bond at $1,500 and she was given pre-trial release to her 427 Spring View Drive address in Franklin, TN.