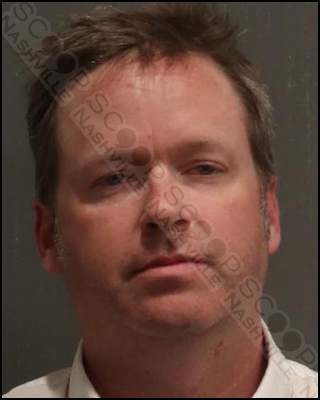 When Metro Police responded to a traffic crash in downtown Nashville, they found 41-year-old Michael Killen driving his red Saturn, which he had driven into the rear of another vehicle. Sgt. Amabile says he could smell alcohol coming from Killen, and observed obvious signs of impairment. Killen stated he drank alcohol, however, it was 24-hours prior to driving. He refused field sobriety tests and was taken into custody, charged with DUI, and given pre-trial release.

Michael P Killen was booked into the Metro Nashville Jail on April 23rd, and charged with driving under the influence (DUI). A commissioner set his bond at $2,000 and he was given pre-trial release to his 25853 Lake Forest Drive address in Nashville.