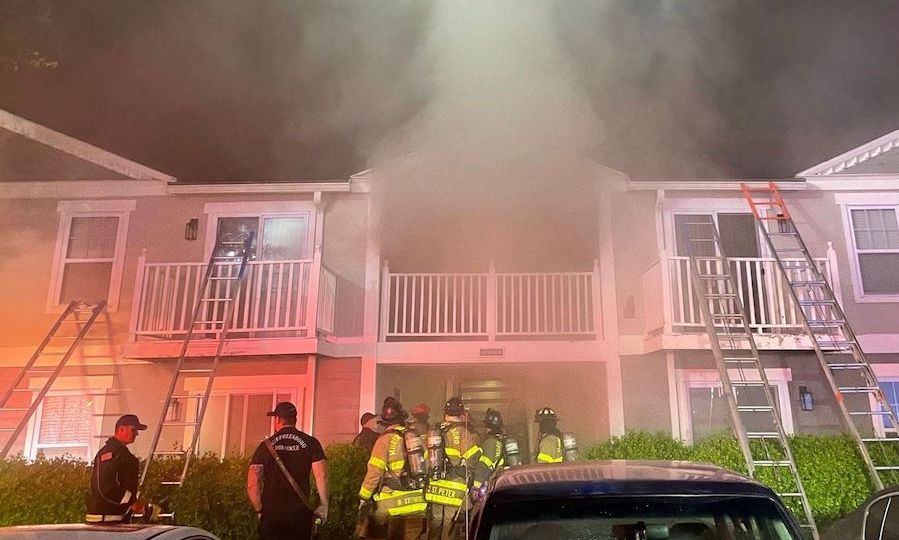 It happened at Chelsea Place Apartments located at 805 Bradyville Pike.

Officials said that Officer Joseph Shelton and Officer Dalton Parker were first on the scene.

Officer Shelton heard an elderly male tenant yelling for help inside one of the units.

Officer Shelton went inside and saved the elderly male, who uses a walker.

Firefighters quickly extinguished the fire, prevented it from spreading to additional units.

Six people and a dog were displaced.

The cause of the fire remains under investigation.