Mother claims the school officials launched a transgender plan for her daughter without parental consent when the student became confused about her gender after her friends began identifying as transgender or non-binary; lawsuit
Advertisement 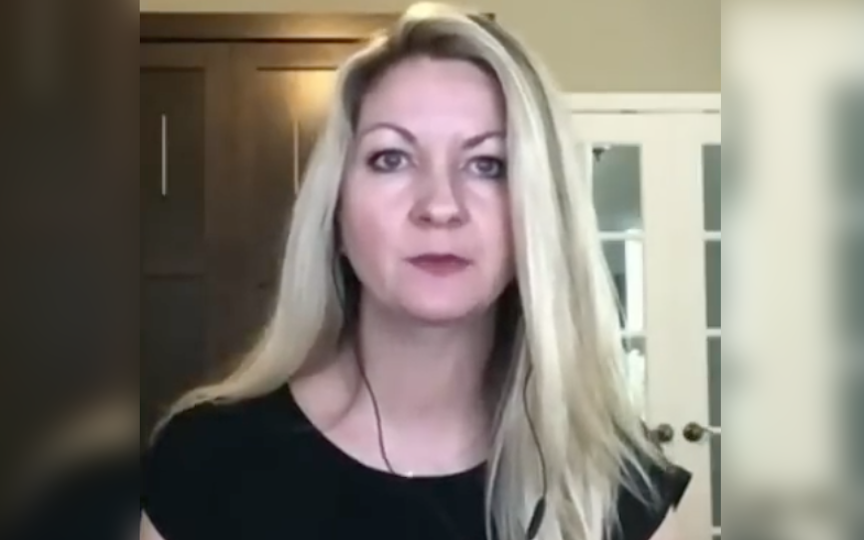 Mother claims in her lawsuit that her daughter’s middle school teachers launched a transgender support plan without asking for parental consent when the then-13-year-old student was confused about her gender after three of her friends began identifying as transgender or non-binary. The mom said her daughter had a group of friends who were obsessed with anything to do with the transgender/non-binary community. When three of her friends began identifying as trans or non-binary her daughter said she was confused about her own gender.

The mother from Florida, January Littlejohn, and her husband brought their daughter, who was 13-year-old at the time, to a councilor to help her work through her confusion and began doing research to understand the subject, FOX News reports.

Unfortunately, just few weeks later, the mother discovered that the school officials and educators reportedly spoke with the juvenile girl about changing her name and which bathroom she wanted to use.

During a speech to the Florida Family Policy Council, January Littlejohn reportedly said: “She had expressed no signs of gender confusion or distress in early childhood or leading up into this announcement, so we were trying our best to navigate these uncharted waters and support her in the best way we could and help her through her feelings.

I also told the teacher that I felt it was directly related to her friend group, that my daughter has ADHD, which puts her emotionally immature and behind her peers.”

The mother reportedly told a teacher at the Deerlake Middle School about the situation and informed her that she and her husband were not affirming their daughter’s new preferred name and pronouns at home while they were working through her feelings, and that they did not feel that transitioning was in her best interest.

The mom also told the educator that she and her husband were okay with her daughter adopting her preferred name as a nickname at school. Just weeks later, her juvenile daughter told her that she had spoken with the school officials about changing her name. The educators also asked the girl which bathroom she wanted to use, the Daily Mail reports.

The mom called the school officials and asked them why they discussed that with her daughter without parental consent. The school guidance councilor and vice-principal reportedly told the mother that they could not disclose what had been talked about in the meeting. They also told the mother that her daughter needed to give consent by-law for her parents to be informed about or be present for future discussions.

After 1 month, the school principal reportedly showed the 13-year-old girl a transgender non conforming student support plan that the school had filled out with her daughter.

January Littlejohn told FOX News: “This was a six page document that she completed with the vice principal the guidance council, and a social worker I had never met. They asked her questions that would have absolutely impacted her safety, such as which bathroom she preferred to use, and which sex she preferred to room with on overnight field trips”

The mother also said that the six page document also asked for the student’s preference on preferred names, pronouns, sports teams and locker rooms, and whether or not they wanted their parents to be informed about their transition.

The “transition plan” also stated to use her birth name when speaking to her parents in effect to deceive them of the social transition that had occurred.

The mother and her husband filed a lawsuit against the school for violating their parental rights. The school filed a motion for dismissal. The couple’s attorney, Vernadette Broyles, said that they are now waiting on the results of their opposition to that filing.

Vernadette Broyles said on Fox & Friends First: “What’s most important is that parents around the country are beginning to discover almost exactly the same kind of guidance in their own school districts. We’ve filed a lawsuit in Massachusetts, there are lawsuits in Wisconsin, Maryland, Oregon, California.

This is a national agenda, and parents need to recognize they have the right to direct the upbringing, education, care, medical decisions, mental health decisions of their child, and they need to assert that right with their school.”