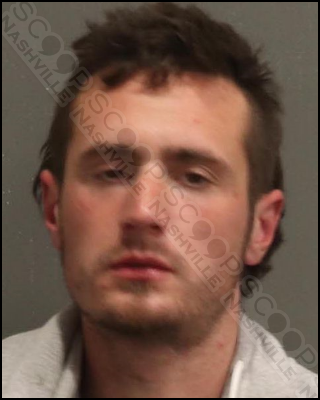 27-year-old Mark Corwin was walking down a hill in order to catch a city bus just before lunch on Tuesday. He became upset as the bus began to pull off before he was able to catch up to it and threw a rock at the bus, cracking a window. He walked back up the hill, and once he calmed down he called police to confess and turn himself in. He walked to the McDonalds and waited to be taken into custody.

Mark Corwin was booked into the Metro Nashville Jail on MArch 22nd, charged with disorderly conduct. A commissioner set his bond at $500 and he was given pre-trial release to his 1275 Castle Gate Drive address in St. Louis, MO.