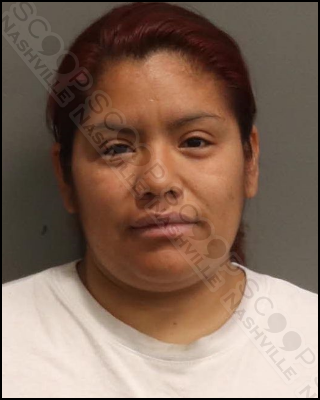 34-year-old Maria Cucue says her boyfriend, Allen Calvillo used the fingers on his hand to text other women. Police say that during an argument on Saturday she bit Allen’s hand. She latched onto his hand with her mouth so hard that Allen says he had to hit her on the back of her head “a few times” to get her to release her grip.

Maria L. Cucue was booked into the Metro Nashville Jail on March 19th, charged with domestic assault with bodily injury. A commissioner set her bond at $1,000, which she posted and was released to her 3504 Slate Drive address in Nashville.