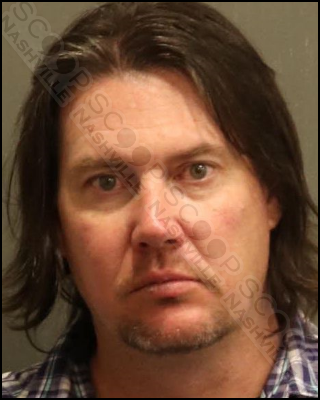 Bouncers at Nudie’s Honky Tonk told 43-yea-old Brian Asplin he had to leave after he was belligerent and disruptive to other patrons. Asplin refused to leave the venue, and MNPD officers responded to the scene. They found him to be heavily intoxicated and unable to care for himself. He was transported to booking and charged with public intoxication.

Brian Asplin was booked into the Metro Nashville Jail on April 30, charged with public intoxication. A commissioner set his bond at $100.