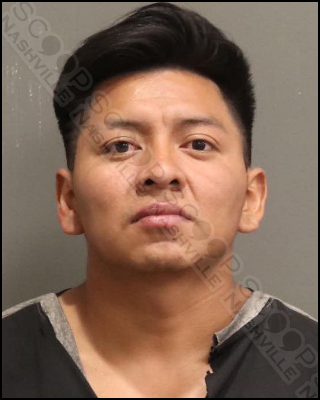 26-year-old Jose Lucas Camaja Teletor was stopped at a red light beside a Metro Nashville Police Officer. As the light turned green, he quickly accelerated to 60 mph in the 45 mph zone and began to weave through traffic and drive erratically. Police say he appeared to be intoxicated and performed poorly on field sobriety tests. He is charged with DUI and driving without a license.

Jose Lucas Camaja Teletor was booked into the Metro Nashville Jail on April 29th, charged with driving under the influence (DUI) and driving without a license. A commissioner set his bond at $1,500.