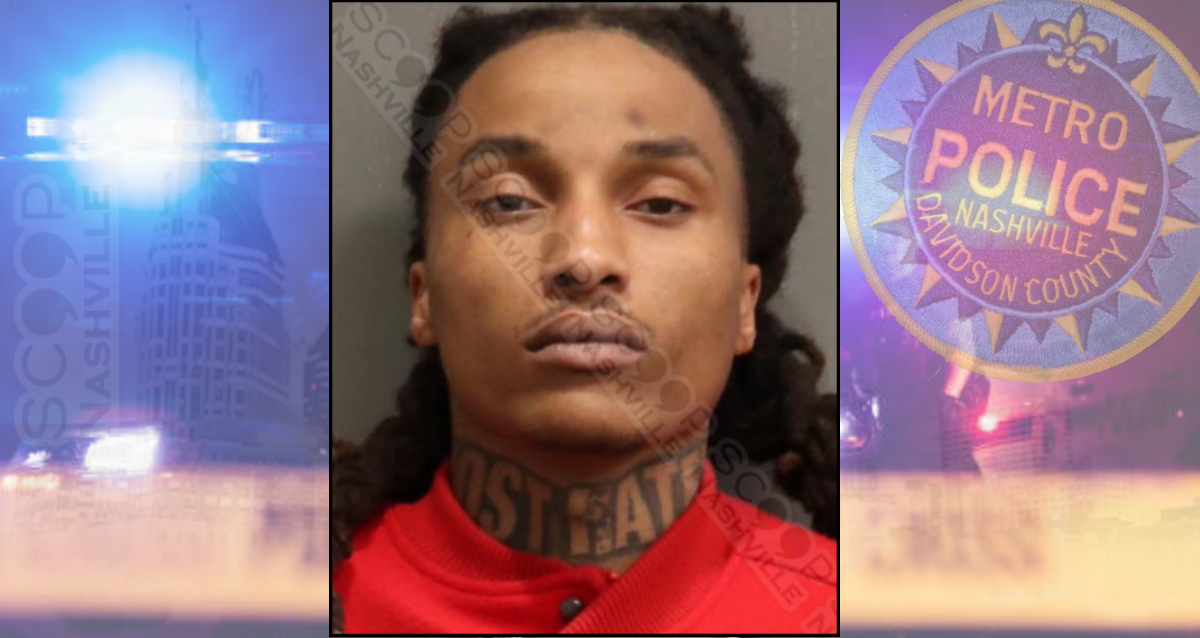 28-year-old Malik Mingo was is free again on a new $36,000 bond after being booked on three outstanding warrants this week. An October warrant for harassment details a threatening text message sent to Reginald Murphy, in which he stated he would find out where he stays or catch him in that “bs azz Charger” alluding to the victim’s car. A February warrant charged him with the aggravated assault with a deadly weapon of Alexandria Lavender after he pistol-whipped her inside of an apartment, and again inside his vehicle. She also presented to police with multiple bruises and injuries from being beaten. The third warrant, from April 2nd, charges him with another aggravated assault of the same victim after police noticed his car at the gate of an apartment complex in Antioch, and a trail of blood coming from the vehicle and a stroller. Witnesses relayed Mingo dragged her while beating her, which resulted in her requiring stitches.

Malik Aziz Mingo was booked into the Metro Nashville Jail on April 12th, charged with harassment/threats, aggravated assault with a deadly weapon, and aggravated assault. He is free on a $36,000 bond for the new charges (and multiple other charges) to his 3916 Tea Garden Way address in Antioch, TN.