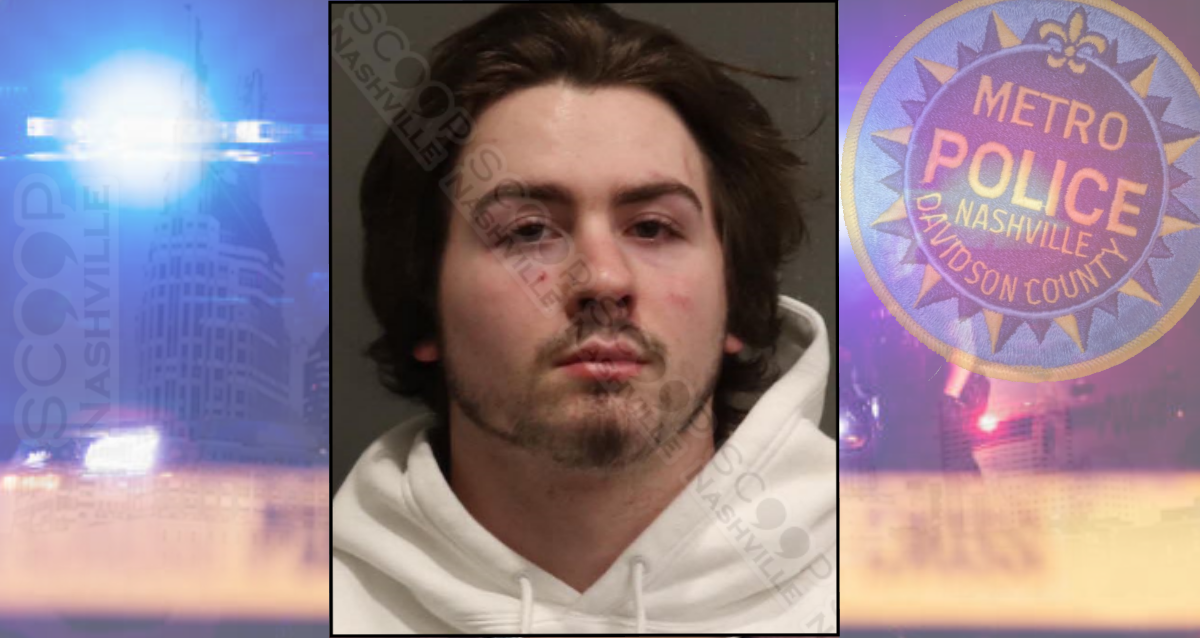 Metro Nashville Police responded to Jenna’s Toy Box on Dickerson Pike just after 11 p.m. Tuesday and spoke with an employee of the adults-only store, 20-year-old Logan Dunphy. He told police he had been “robbed and jumped”, and claimed ownership of the Glock handgun on the counter, stating he fired several shots into the air. Officers reviewed security footage which showed a potential customer at the counter who abruptly runs out the door with unpaid merchandise. Dunphy gives chase to the parking lot where a fight occurs between him, the man with the stolen merchandise, along with three more people that were in a vehicle waiting for him. After getting knocked down, the employee retreats inside the store, and the vehicle drives off. As the vehicle flees out of sight, Dunphy pulls the Glock and discharges it into the air multiple times.

Logan B. Dunphy was booked into the Metro Nashville Jail on March 16th, charged with reckless endangerment, and possession of a firearm in violation of an order of protection. A commissioner set his bond at $4,000. He posted bond and was released to his 1039 Benton Harbor Blvd address in Mt. Juliet, TN.