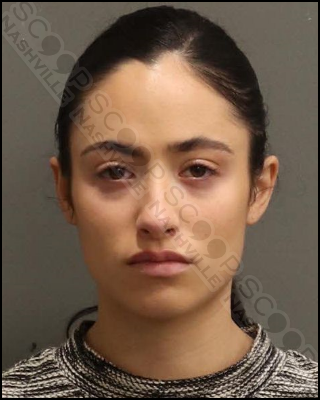 26-year-old Lexxus Sears is charged with the domestic assault of her boyfriend, Daniel Aldaba, after he notified police she punched him in the face five times. The assault reportedly occurred at their shared apartment on Charlotte Pike during an argument, after which the victim stated he was moving out. He had gathered some of his belonging near the door and when he attempted to retrieve his television from the bedroom, he says she punched him in the face repeatedly. Police documented bleeding on the victim’s lip from the assault.

Lexxus Sears was booked into the Metro Nashville Jail on April 6th, charged with domestic assault. She is free on a $1,000 bond to her 2402 Charlotte Ave address in Nashville.