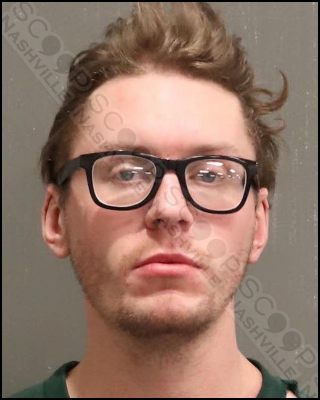 31-year-old Kyle Coolidge crashed into another driver at a red light just before 3 a.m. Sunday. He attempted to flee the scene multiple times, resulting in the other driver removing the keys from Coolridge’s possession. Coolridge then fell asleep in the time it took the police to arrive at the accident scene. He would eventually blow a 0.229% BAC and be charged with DUI.

Kyle Coolidge was booked into the Metro Nashville Jail on March 27th, charged with driving under the influence (DUI). A commissioner set his bond at $2,000 and he was given pre-trial release to his 1345 Bell Road address in Antioch.