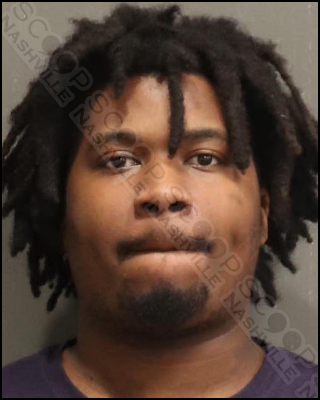 In 2018, 24-year-old Kevon Banks was approached by Metro Nashville Police as he “prepared marijuana for consumption”. A probable cause search also resulted in 0.1 grams of cocaine in his lap. He was issued a state citation to self-book but never did. He was finally jailed on the charge this week.

Kevon Tyrell Banks was booked into the Metro Nashville Jail on April 28th for the outstanding citation for simple drug possession. He was released on his own recognizance (ROR), to his 242 Greenleaf Circle address in Gallatin, TN.