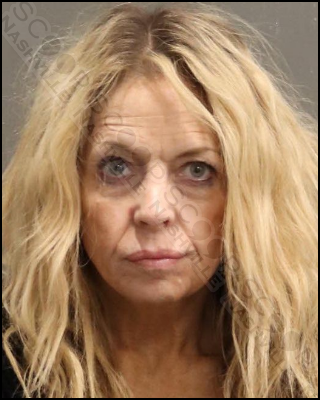 55-year-old Kelli Diaz faces DUI and drug possession charges after police say was found unconscious in the driver’s seat of her running vehicle at a McDonald’s. When first responders arrived, she had a small plastic bag containing cocaine in her hand and she was slumped over the center console. Three empty baggies with white powder residue were also found on the seat beside her, along with a snort straw. Prescription bottles containing Adderall, Diazepam, and Zoloft were also in the vehicle. She was charged with DUI, drug and paraphernalia possession, and given pre-trial release.