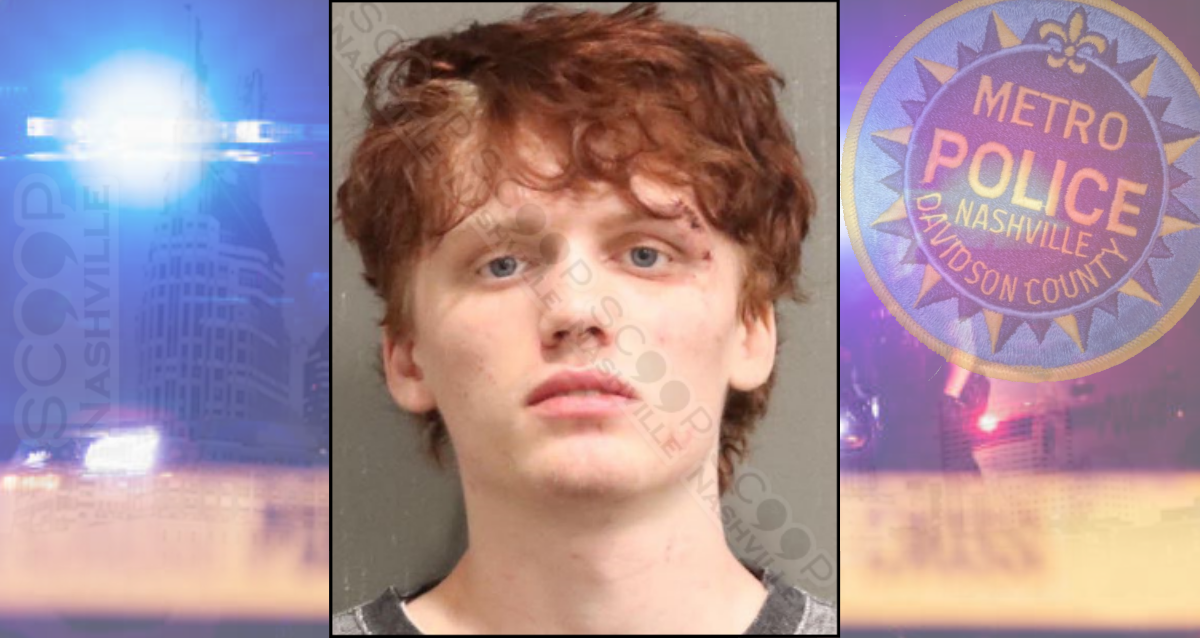 18-year-old Kaden Shepherd was arrested Monday for the 2nd time in recent weeks, charged with the assault of his father. Police say he is listed as the suspect in 7 additional domestic violence reports against his father, Shawn Shepherd, who owns Cleaning Up Nashville and Clean Clarksville. During this arrest, Kaden was calling his father provocative names (detailed in affidavit) as he headbutted him and punched him. Kaden’s older brother, Jackson, attempted to intervene and protect his father, but Kaden managed to shatter glass and injure his father during the fight.

Kaden Shepherd was booked into the Metro Nashville Jail on March 14, charged with domestic assault with bodily injury. A commissioner set his bond at $10,000.