"Just hug your babies, cause time is of the essence and you just don’t know when they’ll be gone", Mother is hoping to help other parents after unexpectedly losing her twin sons
Advertisement

Multi-vehicle crash on I-65 North leaves one child dead, another injured

Restaurant worker, who received a candy, cup and some pens for his nearly 3 decades hard work at the company, said he's been crying for 3 days after receiving thousands of dollars from people who think he 'deserved much more'

"I’ve got no real health issues and it nearly killed me", Fit and healthy father, who was left fighting for his life in a coma after contracting COVID-19, said he was 'nervous after catching the virus again'

“I was gonna get vaccinated but I caught COVID first", Unvaccinated woman, who spent 5 months in the hospital fighting for her life after catching COVID-19, says it could be half-year before she could speak normally

Male pedestrian was struck, killed Friday as he attempted to cross I-24 East at the I-65 South split

"If my whole leg didn’t swell up, I would have dropped dead", Man, who was told by doctors that had just 4 days to live, says his swollen leg saved his life after the pain in his toe and ankle turned out to be cancer

Tennessee State Parks will offer volunteer work events at 39 parks across the state on Saturday, June 25 for Tennessee Promise scholars to fulfill their community service hours

"Things like this can happen in a matter of seconds and it can change a lot of lives", Mother is urging fellow parents to be careful this summer after a girl she was supervising was left paralyzed

Transgender woman says she was assigned to the men's prison and denied gender-affirming surgery by corrections officials, despite doctors approving the procedure before she was incarcerated; lawsuit

A joint sobriety checkpoint is planned for Friday night, June 17 on Old Hickory Boulevard in Brentwood

Family claims their son suffered serious brain injury and was left blind, unable to walk or speak after the student was forced to drink a bottle of vodka and was force-fed beer through a tube at a party, lawsuit

Student, who suffered from narcolepsy and was supposed to be granted unlimited access to water, died after he was not given water by his coaches as a punishment because he fell behind the rest of his colleagues; report 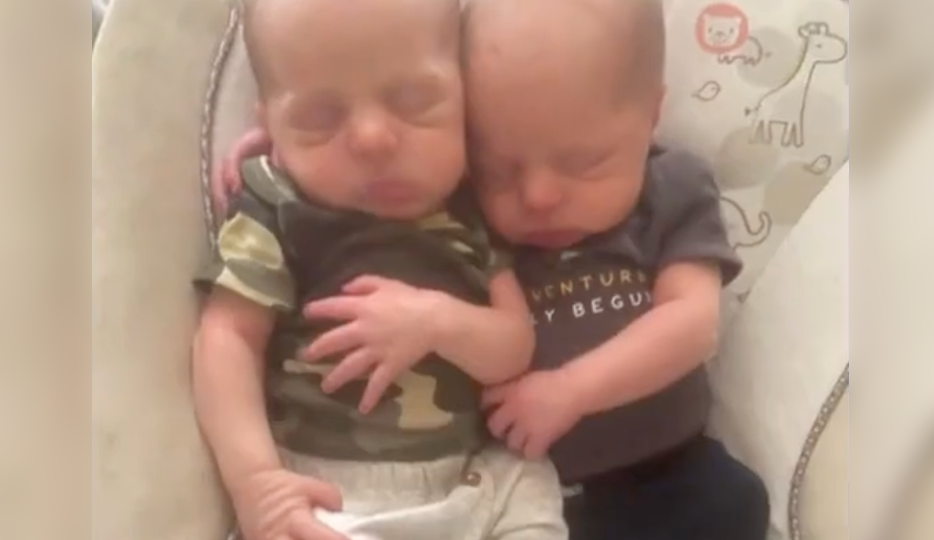 As all parents know, there’s nothing as important as the health and safety of their babies, and the formula shortage has left many people feeling anxious about how they’ll feed them. Some young children, teens, and adults with medical needs also rely on formula for their nutrition. The baby formula is still in short supply and in high demand across the country. While efforts have been made to ease the nationwide shortage, parents are still stressing about feeding their children. The COVID-19 pandemic created supply chain and staffing issues, and a recent recall of baby formula due to contaminated products from a key factory added to the problem.

This unfortunate mother is hoping to relieve some of the stress many are feeling when it comes to finding their children the formula they desperately need. Her name is Shelby Duggan-Meltzer and she says her act of kindness has come at a horrific cost to her and her family.

Duggan-Meltzer is reportedly donating all of the baby formula she purchased for her twin boys. Sadly, they both suddenly died before they were 14 weeks old. Her twin sons Forrest and Foster, described as little perfect bundles of joy were born on February 14, 2022. According to the mother of four, when Foster was just a month old, he passed away from SIDS (Sudden Infant Death Syndrome).

The unfortunate mother reportedly told WRTV: “They were perfect in every single way. You never ever think you are going to do CPR on your 30-day-old baby.”

Shelby also said that she initially started out breastfeeding her babies, but switched to formula after Foster’s death because the heartbreak of losing Foster was too much and Forrest was having acid reflux. So she turned to formula.

Few months after Foster’s sudden death, Forrest also suddenly died. Despite recently visiting the doctor, the coroner found Forrest had been dealing with pneumonia. As the mother mourned the loss of her twin sons, she had an issue on her hands: what to do with all the formula she purchased and suddenly had no use for.

So, the mother decided the best thing to do was to donate all of her excess cans of baby formula to those parents still struggling to find some for their babies.

“Those cans I bought $35 a piece, and I have 15 cans. Even though it’s hurting me inside, someone else is a little relieved. Just hug your babies, cause time is of the essence and you just don’t know when they’ll be gone.” the mother told WRTV.

The unfortunate mother from lndiana hopes her story reminds parents to enjoy what time they have with their children. She also said that she decided to help in a time of desperation for many parents, in honor of her two sons.

“I can think of a hundred other ways to teach colors to pre-school children”, Teacher has been caught using unapproved transgender-gay flash cards, which include images of a pregnant man, to teach 3-year-old students colors

The preschool teacher reportedly used unapproved transgender-gay flash cards to teach 3- and 4-year-old children colors. According to the school officials, the flash cards...

“They’re supposed to be safe, not getting hit at school and being chased around a classroom”, ESE teacher lost her job after a video surfaced showing her hitting a middle school student with a metal stick

Middle school teacher lost her job after she was caught on video hitting a student with a metal stick. The boy’s mother claims the...

By Lamar J. Hopkins Crime May 16, 2022 Nashville, TENNESSEE – According to the Metro Nashville Police Department, the 22-year-old suspect was arrested and...

MNPD: One person killed, another injured in shooting on Woodland Pointe Drive

Restaurant worker, who received a candy, cup and some pens for his nearly 3 decades hard work at the company, said he’s been crying for 3 days after receiving thousands of dollars from people who think he ‘deserved much more’

Restaurant worker, who forked at the fast food restaurant as a cook and cashier for nearly 3 decades without missing a day, received nearly...

“Things like this can happen in a matter of seconds and it can change a lot of lives”, Mother is urging fellow parents to be careful this summer after a girl she was supervising was left paralyzed

The mom is urging fellow parents to be careful this summer after a teen she was responsible for was left paralyzed. While at a...

“I was gonna get vaccinated but I caught COVID first”, Unvaccinated woman, who spent 5 months in the hospital fighting for her life after catching COVID-19, says it could be half-year before she could speak normally