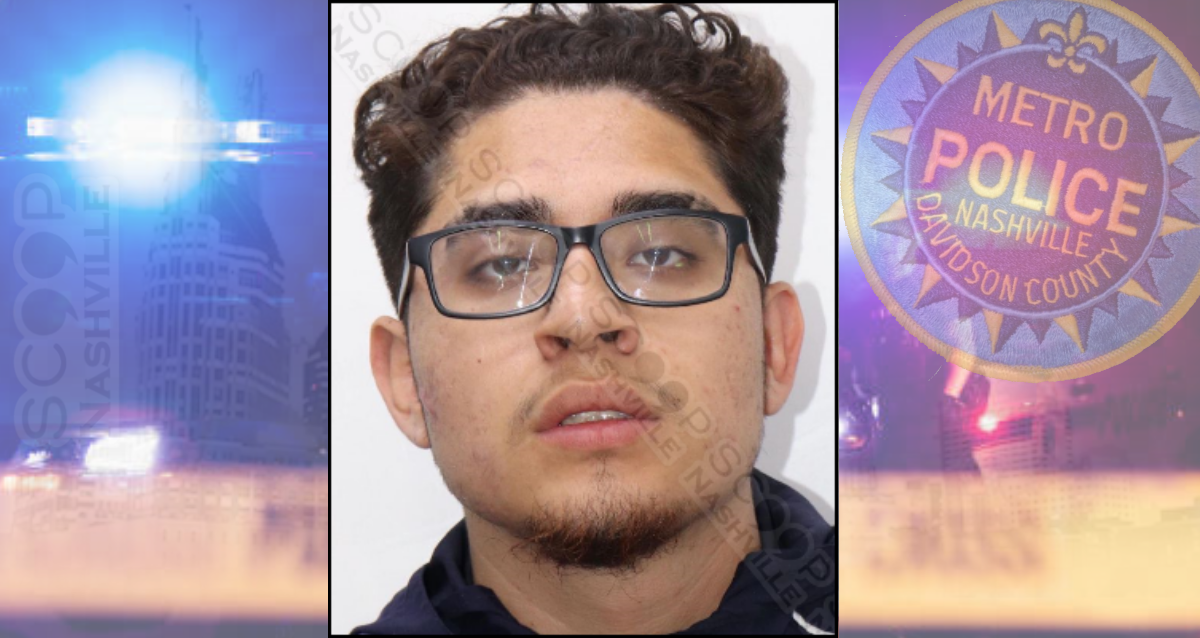 19-year-old Joshua Lira-Sierra was jailed this week on several outstanding warrants stemming from an incident in September of 2021 during which police say he nearly struck a police car while traveling at a high rate of speed and then crashed with his two passengers inside. Everyone was treated at Vanderbilt for their injuries, and his blood tests came back positive for Lorazepam, marijuana, and Fentanyl. Warrants were signed for two counts of vehicular assault on his passengers, Jorge Centella & Hadolp Castillo-Vasquez, evading arrest in a motor vehicle, and driving on a suspended license.

Joshua S. Lira-Sierra was booked into the Metro Nashville Jail on April 27th, charged with two counts of vehicular assault, driving on a suspended license, and evading arrest in a motor vehicle. He is free on a $24,000 bond to his 3511 Gondola Drive address in Nashville.