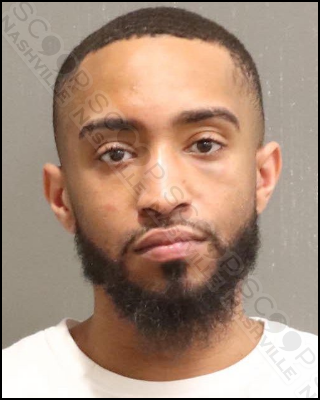 David Jones says his boyfriend, 28-year-old Joshua Crawford, woke him up from his sleep by yelling and screaming at him while holding his phone and asking him about things on it. As Jones reached up to retrieve his phone, he says Joshua Crawford punched him in the face to knock him back then continued to punch, scratch, and bite him. He then escaped to a bathroom, locked the door, and called police. Police documented multiple injuries on the victim’s body and took Crawford into custody.

Joshua M. Crawford was booked into the Metro Nashville Jail on April 3rd, charged with domestic assault with bodily injury. He is free on a $1,000 bond to his 606 Jackson Downs Blvd address in Nashville.