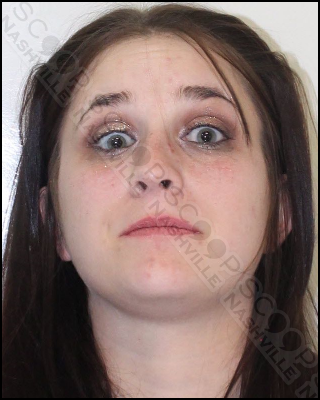 Metro Nashville Police say 25-year-old Jacquelyne Anne Moore was kicked out of several consecutive bars on Broadway in downtown Nashville and came to their attention from her conduct. She was given the option of leaving the area with her friend but refused. Due to her continued aggressive behavior with citizens and obvious state of public intoxication, she was taken into custody.

Jacquelyne Anne Moore was booked into the Metro Nashville Jail on March 27th, charged with public intoxication. A commissioner set her bond at $100.