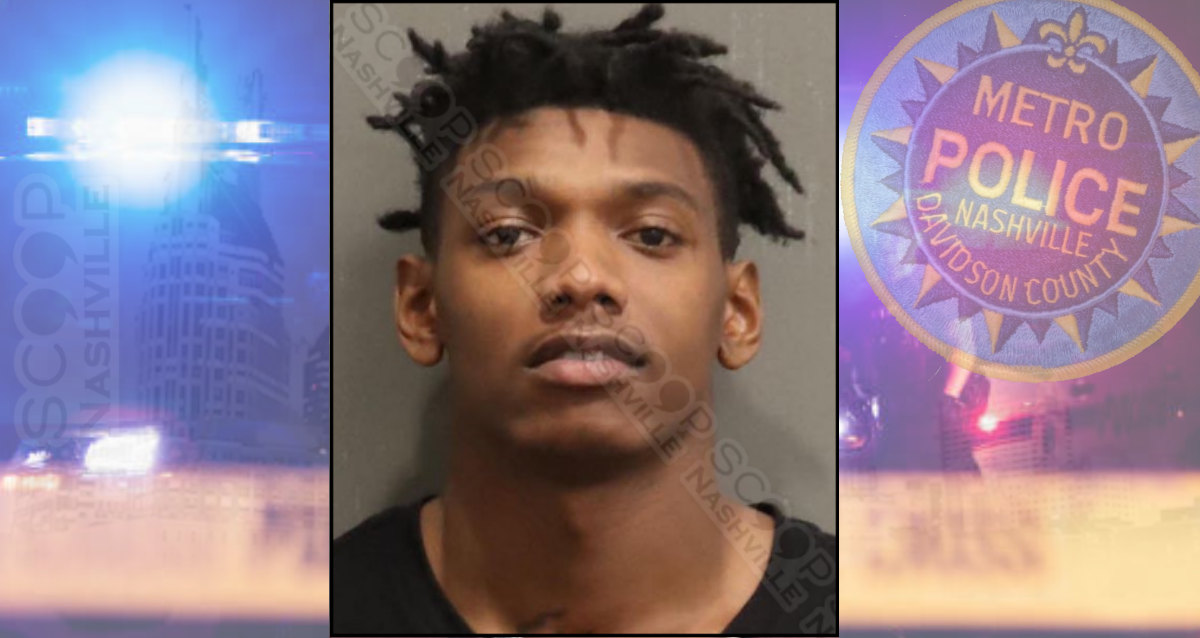 Metro Nashville Police say 21-year-old Giovanni Johnson came by his home to grab some things and left after a short period of time. Moments later, he returned to the home, which he shares with his two roommates, Lavonn Nevels, Jr., and Ricky Peoples, Jr. — except this time he brought two unknown men back to the home, and all were armed with handguns. The trio held the two roommates at gunpoint and robbed them while pistol-whipping them in the face and forehead. Nevels says he was robbed of $4,000 in cash.

Giovanni H Johnson was booked into the Metro Nashville Jail on April 26th, charged with aggravated robbery with a deadly weapon. He remains jailed in lieu of a $15,000 bond.