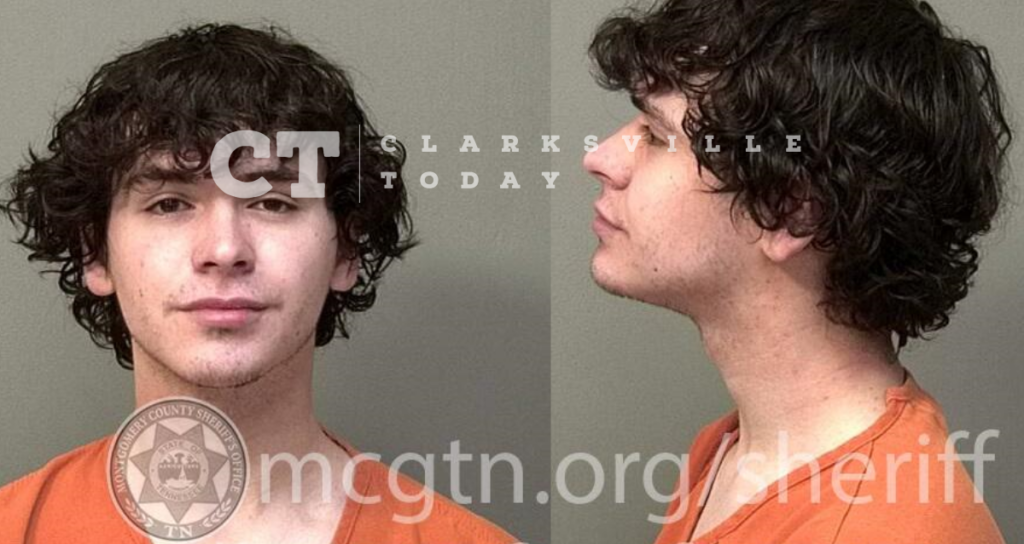 20-year-old Cameron Ray, of Clarksville, is free on a $10,000 bond after lying to police and his insurance company about how his 2010 white Camaro became totaled. On March 6th the APSU Pike called police to a church parking lot behind his fraternity house, where he reported someone had crashed into his car and fled the scene, causing full airbag deployment, and “massive damage” which the insurance company determined to be written off as “totaled”.

Days later it was determined that Ray was actually driving the car on Elkmont Drive when he left the roadway and struck a Chevrolet Silverado which was parked in the driveway of a police officer’s house, then fled the scene. He is charged with felony filing a false report and leaving the scene of an accident. Ray says he was just “a dumb kid who was texting on his phone and too scared to tell his parents, but don’t compare me to a common criminal” in a quote from his social media about the crime.

Cameron Tyler Ray was booked into the Montgomery County Jail on March 29th, charged with felony filing a false report and leaving the scene of an accident.