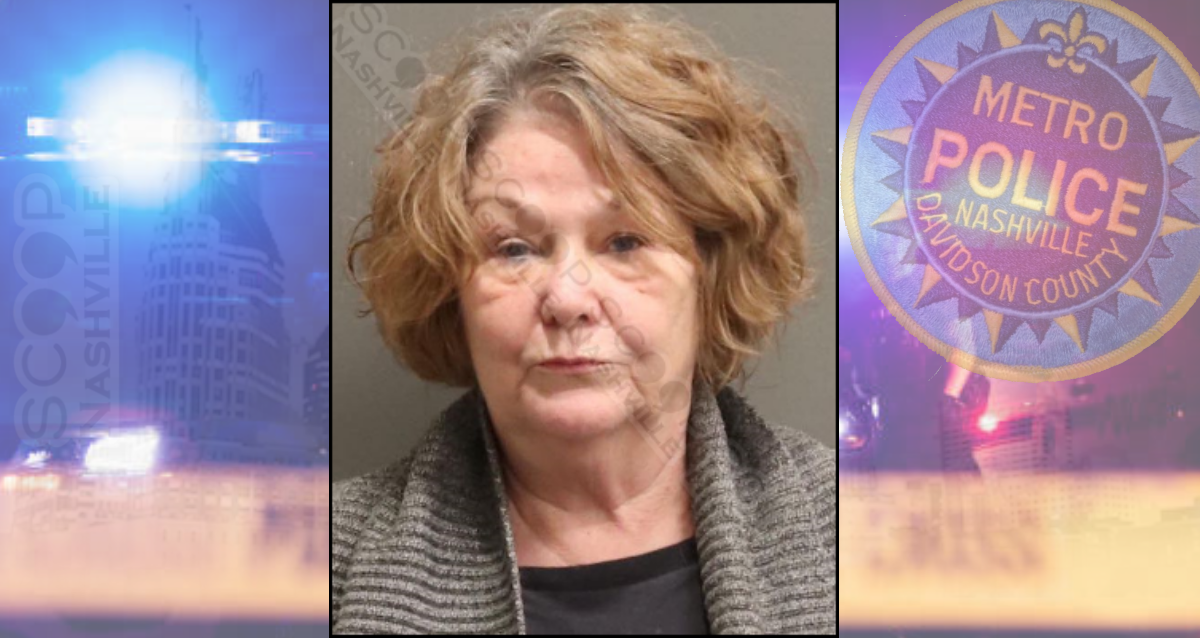 73-year-old Elaine McCarty Nugent, of Joelton, is charged with the wild aggravated domestic assault of her grown son using a candlestick holder, leaving him with three bloody severe lacerations to the top of his head. When confronted about the assault, she tried to downplay that anything happened, eventually blaming her own son, saying he must have injured himself since he was “mentally ill and suicidal,” a claim she attempted to use multiple times. She was “verbally combative and uncooperative” during the investigation, according to officers. Her disdain for the law and law enforcement isn’t anything new, as she frequently ignores court dates and will be extradited to Sumner County when she’s done in Nashville to face multiple failures to appear and a DUI case she’s been avoiding there since 2019.

Police initially responded to Eatons Creek Road on May 7th after a neighbor reported that Elaine’s son, Gregory Nugent, came to his residence to report he needed police as his mother had attacked him. Police observed three large lacerations on the top of his head. Gregory told the police he didn’t want his mother to get in trouble. a bloody candlestick holder was recovered from the scene and is believed to be the deadly weapon used in the assault. She told police she didn’t know how her son became injured as she was watching a movie. Police say Elaine was “verbally combative and uncooperative” during the investigation. The victim was transported to Skyline for medical treatment.

Elaine McCarty Nugent was booked into the Metro Nashville Jail on May 7th, charged with felony aggravated assault with a deadly weapon and interference with an emergency call. A judicial commissioner set her bond at $20,000. Nugent has a hold on her release from Sumner County, where she will be transferred after her release to face multiple outstanding warrants, including failures to appear in 2020 and 2022 and a DUI charge from 2019.