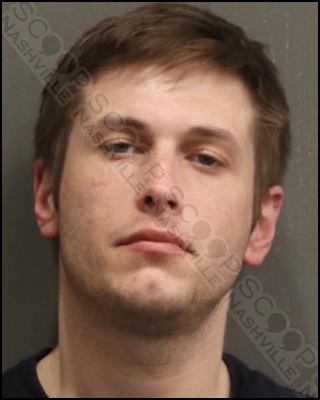 First responders found 32-year-old Carles Stacey Hunt “passed out” behind the wheel of a black Mercedes-Benz which he had crashed on I-40 in Nashville. After Nashville Fire pounded on the windows loudly, Hunt eventually became awake and exited the vehicle, which had extensive damage to the driver’s side door and visible airbag deployment, and declared he did not require any medical assistance. He performed poorly on field sobriety tests and was charged with DUI. During a search, a small baggie containing what is believed to be heroin was found in Hunt’s shoe.

Carles Stacey Hunt was booked into the Metro Nashville Jail on March 20th, charged with drug possession, driving under the influence (DUI), and driving without a license. A commissioner set his boned at $4,500. He was then given pre-trial release to his 1236 Hillwood Private Cove address in Nashville.