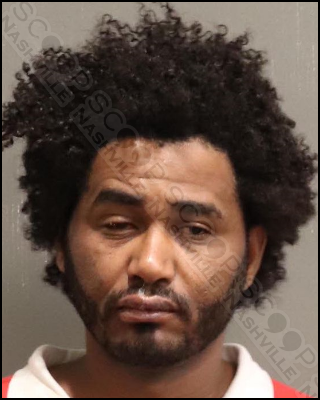 Police say 32-year-old Biruk Dagnew was “violently swerving” across multiple lanes of traffic on Murfreesboro Pike just after 5 a.m. Saturday. A traffic stop was initiated and Dagnew came out of the car and ignored commands from officers. Inside the car, a 12-pack of beer was in plain view, with six missing beers. He stated “no tests” when asked to perform field sobriety tests, then uttered “OK, I might be drunk” repeatedly. Dagnew was charged with DUI.

Biruk Dagnew was booked into the Metro Nashville Jail on April 2nd, charged with driving under the influence (DUI), and violation of the implied consent law. A commissioner set his bond at $2,000 and he was given pre-trial release to his 4104 Hunting Drive address in Hermitage.