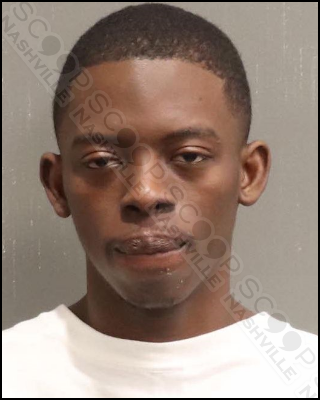 23-year-old Demetrius Jones was beating on the doors of the Federal Courthouse at 801 Broadway in downtown Nashville, determined to get inside, believing it was his hotel. Police were dispatched to the scene as a possible burglary call from security. When he explained to MNPD this was his hotel and he was trying to get back up to his room, he did so through a strong odor of alcohol while struggling to stand on his own. Federal officers advises they had no reason to prosecute and would not be responding, so he was taken into custody for public intoxication and transported to booking.

Demetrius Jones was booked into the Metro Nashville Jail on March March 13th, charged with public intoxication. A commissioner set his bond at $100.