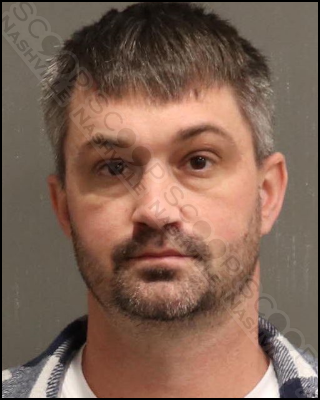 Police responded to St Thomas Midtown Hospital this weekend where Marissa Demarco arrived with injuries and reported that 38-year-old Derek Heiar and she had gotten into an argument at their Wedgewood apartment at 4 a.m. during which he grabbed her and dragged her down the stairs while they struggled. They both ended up falling into the shower. She was in fear and waiting until she arrived at a safe place to report the assault. Officers documented her injuries including grab marks and bruising on her left and right arms and scratches from the struggle.

Derek Heiar was booked into the Metro Nashville Jail on April 16th, charged with domestic assault with bodily injury. He is free on a $2,000 cash bond to his 505 Wedgewood Ave address in Nashville, TN.