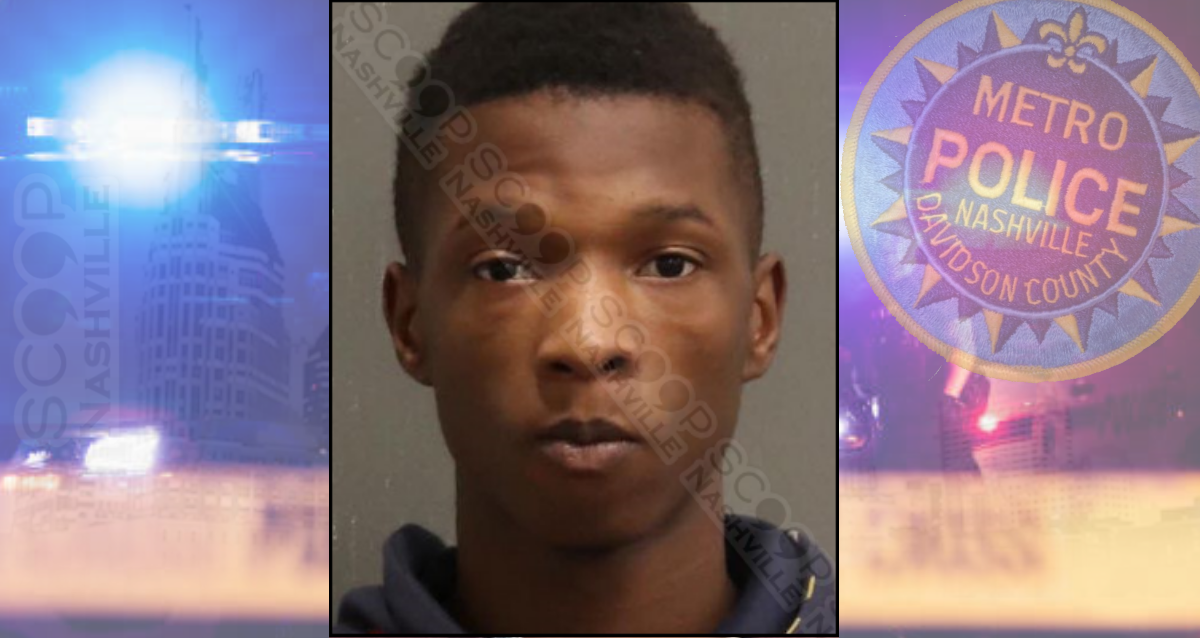 18-year-old Dematheus Burns was jailed this week on an outstanding warrant charging him with aggravated assault with a deadly weapon. Police say someone accidentally backed into his vehicle in an apartment parking lot. In response, Burns exited his vehicle, produced a handgun, aimed it at the other driver, Roger Alexander III, and demanded immediate payment for the damages. A female in the car, believed to be Alexis Hill, the sister of Burns, was also present. Over the next several days, Hill also contacted the victim by phone and text demanding immediate direct payment.

Dematheus D. Burns was booked into the Metro Nashville Jail on April 27th, charged with aggravated assault with a deadly weapon and no driver’s license. He is free on a $10,500 bond to his 3300 Walton Lane address in Nashville