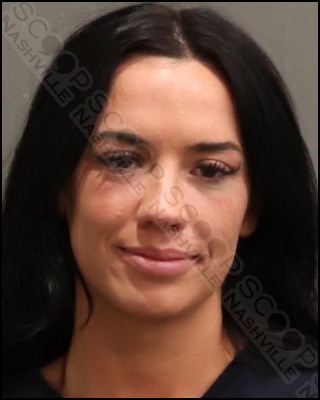 24-year-old Courtney Nicole Kiser was jailed Wednesday night after security at Bridgestone Arena says she was in the Lexus Lounge area during the John Mayer concert — a space they say she should not have had access to. She was asked to leave and refused to do so, and security staff detained her for trespass and contacted Metro Nashville Police. Officers determined she was also heavily intoxicated and transported her to booking.

Courtney Kiser was booked into the Metro Nashville Jail on April 13th, charged with criminal trespass and public intoxication. A commissioner set her bond at $250. She posted a cash bond and was released to her 1505 Demonbreun Street address in Nashville.