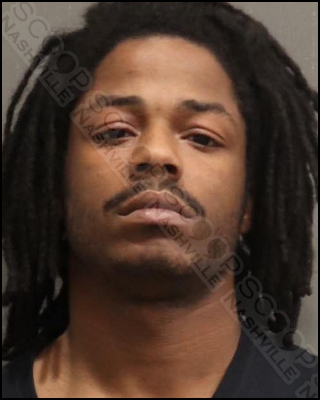 22-year-old Chris Bond is charged with the domestic assault of his girlfriend, Alanja Little, after a witness says he pushed her out of the car in the parking lot of Noodles & Company and then continued to drive as she held onto the door, leaving her with injuries, including road rash. Prior to the assault, the couple had been in an argument and her phone was tossed to the ground, resulting in her jumping on his back and pulling his hair. Bond was taken into custody and the victim was transported to Vanderbilt for medical treatment.

Chris Bond was booked into the Metro Nashville Jail on April 23rd, charged with domestic assault with bodily injury. He is free on a $2,000 bond to his 4909 Indian Summer Drive address in Nashville.