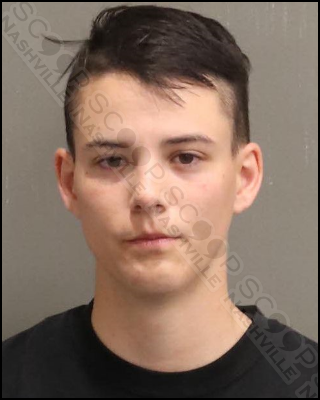 Metro Nashville Police say they encountered 22-year-old Carah Johnson in the back of an ambulance after she rolled her vehicle, and atop her head was a hat that read “I Love Beer”. She immediately addicted to drinking before driving, and then crashing after driving too fast. They say she became “dramatic and emotional” with mood swings from crying to agitation, which included throwing several of her personal items in frustration. She produced a handgun from her person prior to attempting field sobriety tests.

Carah Layton Johnson, of Nashville, was booked into the Metro Nashville Jail on May 1st, charged with driving under the influence (DUI), violation of the implied consent law, and possession of a handgun while under the influence. A commissioner set her bond at $2,500 and she was given pre-trial release.