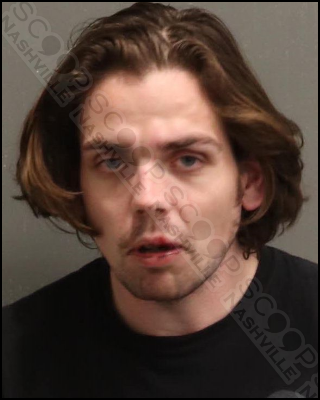 30-year-old Phillip Palmer was found stumbling and falling on Broadway in downtown Nashville just before 3 a.m. Friday. Officers working the Entertainment District Initiative took him into custody for public intoxication after he was unable to stand without assistance and was unable to care for himself.

Phillip James Palmer was booked into the Metro Nashville Jail on March 19th, charged with public intoxication. A commissioner set his bond at $50.