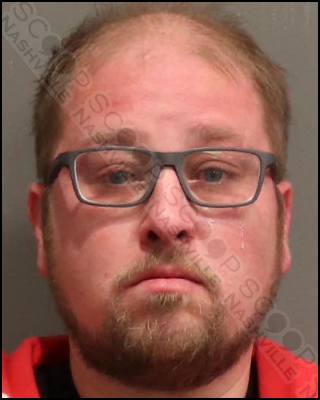 37-year-old Brett Borgia woke up inside a stranger’s car in downtown Nashville Sunday morning with an officer looking back at him. A citizen had called police to report there was a man sleeping inside her car. The man, identified as Borgia, reeked of alcohol, and had broken the windshield wiper control during his slumber. He told police he had been out drinking but doesn’t remember anything else, including which hotel he was staying at, or how he ended up in the vehicle. Due to his continued level of extreme intoxication, he was taken into custody and charged with public intoxication.

Brett Borgia was booked into the Metro Nashville Jail on April 10th, charged with public intoxication. A commissioner set his bond at $100.