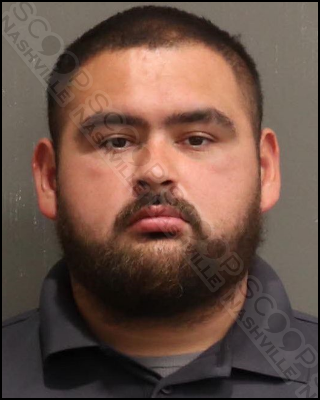 In June of 2021, 24-year-old Austin Rivera was issued boating violation citations on Percy Priest Lake for operating a jet ski after sunset and towing two individuals on a tube after sunset. He was scheduled to appear to self-book on the citations a few weeks later but never appeared. Eventually, he was taken into custody on the outstanding criminal charges this week in Nashville.

Austin A. Rivera was booked into the Metro Nashville Jail on April 26th, charged with the outstanding citations for jetskiing after sunset and towing after sunset. A commissioner set his bond at $500 and he was given pre-trial release to his 2714 Murfreesboro Pike address in Nashville.