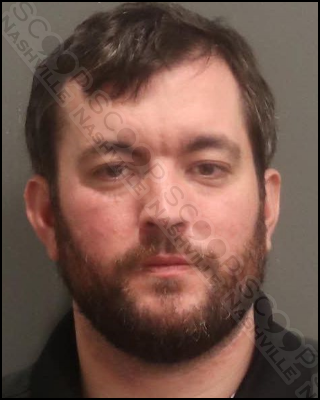 Staff at the Westin Hotel in downtown Nashville reported to police that 34-year-old Andy Colbert was on the rooftop lounge drinking alcohol when he suddenly became aggressive with other patrons and attempted to assault them. When officers arrived they located Colbert “stumbling around the sidewalk” in an intoxicated state. He was unable to provide information about where he was staying or where he currently was. After declining medical assistance, Colbert was charged with public intoxication and transported to booking.

Andy Christopher Colbert was booked into the Metro Nashville Jail on March 23, charged with public intoxication. A commissioner set his bond at $100.